Home What's New A content creator made $400,000 last year through YouTube, affiliate marketing, and consulting. Here’s how he got his start. 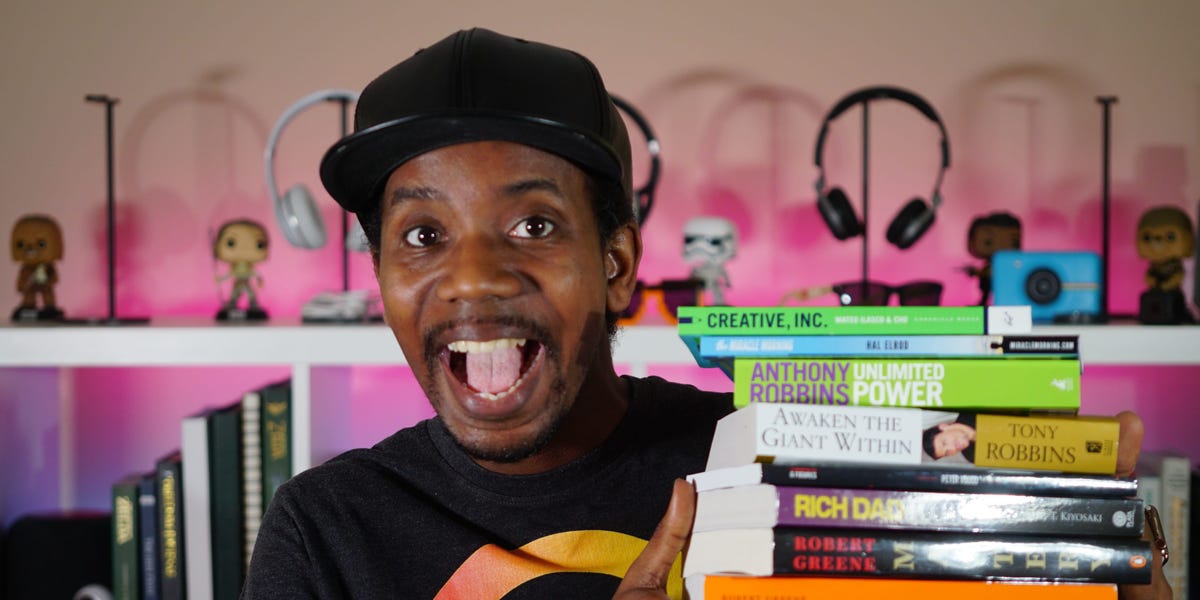 Roberto Blake, 37, left his day job as a graphic designer for a marketing agency in 2013 after having a realization: that he could make more money on his own than in his current role.

“You have to look at this, and you have to go, ‘Wait a minute. How many people do I need as clients to make the same money that I’m making?'” he told Insider. From there, he simply broke down the math, comparing his $2,000-a-month take-home pay with the possibilities of going freelance.

“It doesn’t take 40 hours a week to get $500 or $1,000 worth of work done. So if I’m sitting at my job working on hundreds of clients each month, I could work for five of these people and be making more money,” he said.

Today, Blake has a successful coaching and consulting business and a YouTube channel with 547,000 subscribers. He also makes money through sponsorships, ads, and affiliate marketing. In 2020, he made $300,000 in total revenue, and that grew to $400,000 in 2021, according to documents verified by Insider.

Here’s how he got his start and set up multiple income streams.

Starting as a freelancer

Blake didn’t put in his two weeks’ notice at his graphic-design job right away, he said. Instead, he started doing some freelance work on the side.

“I didn’t do things that were directly competitive with the company,” he said, adding that he did a combination of marketing, social-media management, web design, graphic design, and video production for freelance clients.

Blake studied marketing and graphic design at a community college, but he dropped out before earning his degree because he knew he could teach himself. All of his other skills are self-taught, he said.

To advertise his side gig and show off the kind of work he could do, he built a website portfolio and blog — he’s redesigned his website from the original style since then — on WordPress and focused on search-engine optimization, using key phrases in his content that people were searching on Google like, “How to build a website” or, “Best video editors.” It paid off, and as clients found him through Google and worked with him, he said word of mouth further carried his business forward.

Eventually, clients started hiring him for consultations, too. “Some of these jobs were two or three hours long, and that can be really lucrative,” he said.

Blake also has a YouTube channel that he started in 2009 where he shares tips and advice he picked up while freelancing and consulting. As he posted more often, his subscriber and client base grew. Blake said high-quality thumbnails and SEO were the two biggest factors in his growth on YouTube.

Investing back into his business

Blake said he’s always reinvested about 50% of his revenue back into his business by upgrading his equipment to create higher-quality content. Once he could afford to do so, he also began making hires, his first being his sister. Today she handles administrative tasks like coordinating meetings with clients and brand partners.

He also has four full-time employees who assist with editing B-roll for his videos and creating graphics for his website and YouTube channel. He hires contractors for additional work, which he said frees up his time for new projects and helps him avoid burnout.

Blake said affiliate marketing is one of his top income streams.

“I fell into affiliate marketing from the Amazon affiliate program, but then I realized a lot of subscriptions and software I was using had programs, too,” he said.

Kajabi is a platform that lets users build, market, and sell online courses, membership sites, and digital products. On Kajabi, Blake sells a starter kit he made for YouTube thumbnails that includes Adobe Photoshop templates, and he promotes the platform to his followers. His videos and one-on-one coaching focus on helping people make money, and one way he suggests doing so is by creating online courses and selling products. TubeBuddy is a browser extension that adds a layer of tools directly on top of YouTube’s website, and he promotes that to people with YouTube channels to use as a way to increase their visibility.

Blake said he takes a look at his monthly earnings regularly to see what’s working and what’s not. It helps him focus his attention on the right income opportunities. For example, with TubeBuddy, he said he noticed that he was getting a lot of sign-ups as more people hoping to grow on YouTube found his channel, so he started including mentions of his TubeBuddy affiliate link more in his videos.

He added that it isn’t necessary to be a creative like him to make this type of money. He said he believes that every small-business owner could be making additional income on social media or through affiliate programs. In addition to YouTube, Blake uses Instagram, Facebook, and Twitter as marketing tools. “It’s wildly practical, and you can’t say it’s not when literally children and teenagers are doing it and doing it successfully while out-earning their parents,” he said.