Home What's New I’m a 30-year-old CEO who’s been starting businesses since I was a teenager. My current company made $16 million in revenue in less than a year. 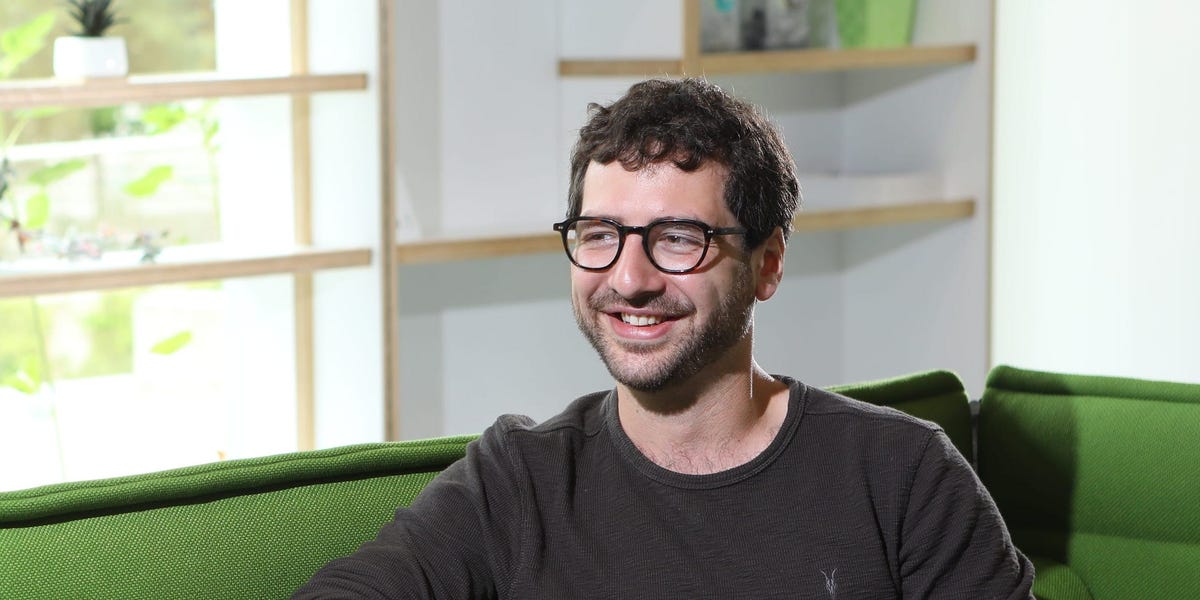 I’ve always been pretty fascinated by the internet and the idea that you could create something from a bedroom and someone on the other side of the world could access it.

I got my first mobile phone when I was 12 or 13. I didn’t want to spend money on wallpapers for it, so I taught myself Photoshop and started making them.

I built a website where people could just download stuff for free. It ended up getting a lot of traffic, and someone persuaded me to put some advertising on there.

About six months later, I got a check for 10.01 pounds ($13.77). That was the moment the penny dropped. I settled on a business model around affiliate marketing.

I ended up building a network of incentive websites where instead of people going directly to one of these advertisers and signing up with them, I would give people a reward if they signed up for them through me. If the advertiser paid me 10 pounds, I would spend 5 pounds ($6.88) of that on the incentive. The bit in between was my margin.

I set up that website in 2006, when I was 14. Three months later, I’d made about 5 pounds. But I tried a few more things and ended up getting a bit of traction.

When I started university in London in September 2009, a group of eight of us started working together on this idea to let people send deliveries without needing to know the recipient’s address.

I quit school in January 2010 and started trying to build this startup.

From the outside, it looked really successful, but we didn’t raise any money and weren’t making any money. Because of the nature of how we’d set it up, nobody was being paid. After about a year, we still weren’t getting anywhere, so I threw in the towel.

I got a job working in my friend’s frozen-yogurt shop. I remember making more money in those two weeks than I’d made in an entire year.

One of the guys involved in a startup heard I was doing this job and asked me to work for him. So I joined him to lead the product team. We came to the agreement that, as long as I was covering my costs within the business, I could spend a day, or two, or three every week developing my own thing.

SoPost was born out of the failed idea I dropped out of university for. The idea was that it shouldn’t matter if I don’t know your address, because I know your phone number, email address, and Twitter handle — and that rarely, if ever, changes, so why can’t we use that as a proxy for where you want stuff sent?

But it was this chicken-and-egg thing. We needed to build the audience, but we couldn’t without having those real-world use cases.

I met a guy who was looking after Noel Gallagher’s digital marketing. He said he had this DVD Noel’s band was trying to sell. It seemed like an incredible opportunity.

We built another website where you could order the DVD for your friend by putting in their Facebook profile, and we’d post a link on their timeline where they could tell us where to send the DVD.

Fast-forward a few weeks and an email arrives in my inbox from someone high up at Avon Cosmetics.

She said, “If you can make this for us, we’ll be your first customer, pay you money, and work with you to develop the thing that we want.” That was late 2013.

We’ve been on an exciting growth trajectory since then. We were a team of 30 people, then COVID happened. No one knew what was going on.

We have a lot of big retail customers, but consumer confidence dropped to zero. We decided as a leadership team that we weren’t going to let anyone go.

We had a terrible April last year — and a terrible May. Then June came around. And it was a record month in the history of the business. People still wanted to buy products.

Today, we’re a team of 65 people. We’re opening an office in Paris, our third after our UK and US offices.

We’re working with hundreds of brands to distribute about one sample every two seconds. We turned over 11.9 million pounds ($16.38 million) between January and July this year.

It’s one of those things that you always dream of, but now I’ve lived it. I often have to stop and pinch myself.

How Much Revenue Does a Website with 1 Million Visitors a Month Make?