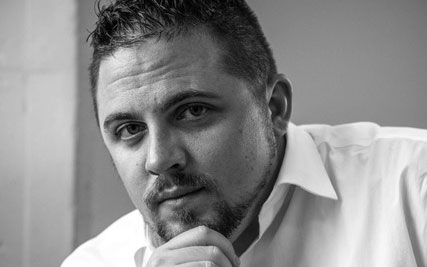 Since he was 18 years old, Steven Ridzyowski knew that he wanted to be his own boss. He’d discovered affiliate marketing in his senior year of high school. He decided that it was what he wanted to do instead of going to college. He wanted to have freedom while having fun discovering new things and making money at the same time.

The year after graduation, he worked three jobs including starting his own online business. Lucky for him, the time was right because cell phones were gaining popularity. He started selling ringtones and made his first six figures at the age of 19. He then launched his own skincare brand and made his first million by the time he was 21.

Steven then started the first of many affiliate networks whose primary focus was affiliate offers and running joint ventures with other media buyers in the industry. After observing the market trends, he switched to eCommerce, and he’s been in the industry ever since.

During the pandemic, he went a step further and opened his Ecommerce Marketing Agency in Miami, Florida. As more businesses took their services online, and to meet the increasing demand, Steven and his team helped business owners establish their online presence. They offer their clients A–Z customized, “ready to use” solutions that allow them to make their business not only profitable but also a passive source of income.

Since he began his entrepreneurial journey, Steven has managed $100M+ in advertising spending across multiple platforms and businesses. Over the last two years alone, his agency did over $10M at the height of a global pandemic. While other businesses were sinking, he was experiencing 100–200% growth online.

Because Steven is self-taught, he’s learned several key lessons on his way to the top. First, it’s important to be flexible and willing to adapt to new trends. You can’t keep bringing new products into the market without observing the trends, or else you will continue to lose business. His timely observation of the shift towards eCommerce is one of the reasons he’s still in business and thriving.

Second, failing is inevitable at some point in the journey. You must learn how to keep going no matter how often you meet issues or problems. You must also train yourself to bounce back quickly after failures. Believe in yourself. Believe that you will always prevail. Look forward to being a success and the journey will become much easier. Having the right mindset is important because there’s really no secret to establishing and scaling a successful business. You need to be dedicated to your dreams and work smart.

Additionally, Steven has learned that constant communication is important in business. He admits that nothing is ever perfect, but striving for perfect communication is a step in that direction. Even then, there will still be some customers who’ll be dissatisfied with the offered service. There isn’t much you can do about it except do your best to rectify the problem. In his case, the agency refunds money to any dissatisfied client.

Now, Steven is working to make his company a well-known billion-dollar brand in the next few years. In the process, he hopes to help as many clients as he can earn passive income through eCommerce.

The news and editorial staffs of the Bay Area News Group had no role in this post’s preparation.

How to Find What WordPress Theme a Website is Using (FAST!)

My New Stream Of Income Is Selling Hats On Etsy

How Much Money is an Email List REALLY Worth? Here’s the Calculations You Need…