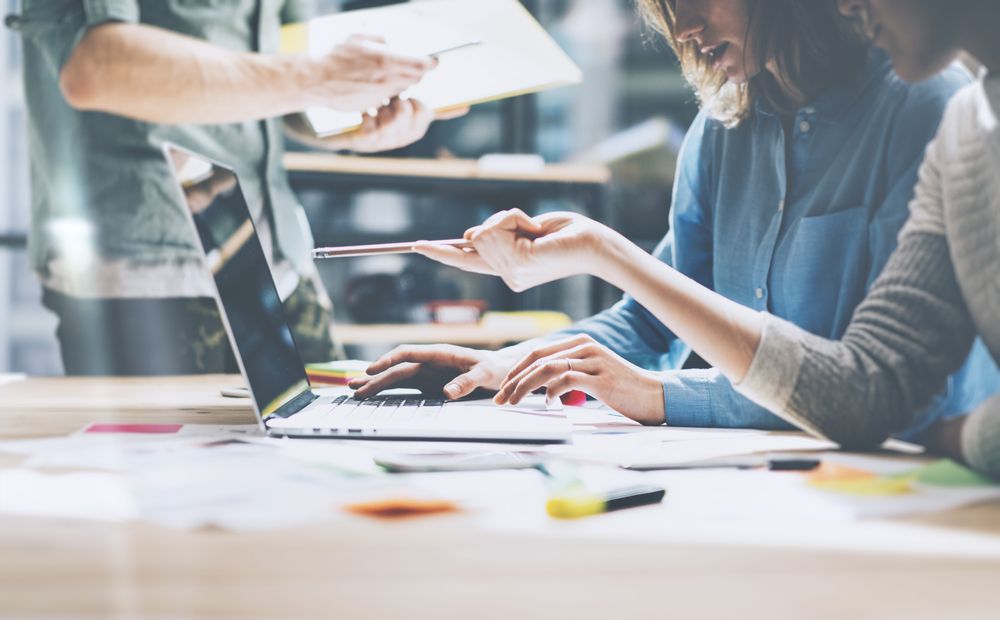 The global Web2 advertising market is estimated to be worth roughly $455 billion per year and projected to grow rapidly to $655 billion by 2024. A considerable slice of this expanding market is set to be captured by performance-based referral advertising. This type of advertising has been described as “pay per lead that actually converts into a sale” and is usually the preferred online marketing model for the majority of advertisers, as it follows the “no results, no pay” model and delivers significant and targeted traffic to promoters.

However, the structure of the Web2 market has two fundamental shortcomings that, until addressed, will continue to hold back the development of centralization and tracking in affiliate marketing.

Most industries today are highly ‘centralized’, and affiliate marketing is no exception. Such a structure brings with it a few specific problems that cause headaches for both promoters and purchasers.

Firstly, there is the issue of centralized verification. A large number of businesses rely on a third-party middleman to manage their referral program. Whenever there is an intermediary, there are always inherent risks, such as: lack of transparency, fraud, data protection concerns, rising entry barriers, and added fees. As we are collectively becoming increasingly sensitive to potential mishaps in these risk areas, and with the associated fallouts becoming more problematic, it is more essential than ever that we correct and address these deficiencies and inefficiencies.

When it comes to referral providers, it is hard to tell which ones really have a client’s best interests at heart. Indeed, a significant proportion of industry intermediaries knowingly or unknowingly make the process of adequately verifying conversions extremely arduous, leaving clients at the mercy of the very company they have placed their trust in to help promote their products and services.

A further issue is that the current business environment is marked by a myriad of data and privacy mishaps. A centralized entity that controls all data inflows and outflows can pose a certain number of risks for users. All it takes is a single point of failure for a large data spill to impact hundreds, if not thousands of clients and service providers. With a diminishing trust factor in existing Web2 solutions, correcting data privacy issues has now become a cornerstone for a Web3 response.

Finally, there is the issue of reconciliation. It is standard practice for intermediaries to charge a high commission, usually between 15 percent to 45 percent, while pay-outs to promoters can often be significantly delayed, leaving referral partners in a real quandary. The high costs and delays involved mean that businesses will often end up seeking alternatives or switching to other options, such as display advertising or Google ads.

Using decades-old technology results in churn, operational difficulty and suboptimal UX for both promoters and purchasers. When you consider the current affiliate marketing UX flow in Web2, it is not surprising that users are keen to explore other avenues. Signing up (and hopefully being accepted) with affiliate networks, disclosing a range of private data via their accounts, having to implement tracking links in websites, cookie tracking, fingerprinting implementation, and so on can often prove too cumbersome and drawn out for many.

As the saying goes – your data, your rights. In Web2 affiliate marketing, this is far from ubiquitous, as people’s data is exchanged frequently, usually without transparency and/or explicit authority. The consequence of this reality is plain to see, with data leaks around the world hitting the headlines on a near daily basis.

Cookies and tracking pixels were developed to track each of our online activities with impressive accuracy and detail. However, as affiliate marketing adapts and evolves for Web3, the tools that existed for Web2 can no longer be employed. With privacy, security, and

decentralization at the core of this new environment, marketers will need to look beyond their current toolbox and find the most technically sound and culturally appropriate solution. As such, there is a need for a affiliate marketing solution for Web3 that works in a decentralized and trustless manner.

It would be natural to believe that the above issues would be addressed with Web3, but unfortunately this is a misconception. These issues still linger, remaining unsolved in the world of crypto. There is currently no Web3-native trustless affiliate marketing solution anywhere and no way to design decentralized pay-for-performance incentives using tokens.

In the context of blockchain-based fundraising and IDOs (initial decentralized offerings), there is no way to distribute referral rewards based on verified IDO participation in a decentralized manner. The same is true for liquidity pool promotions, NFT promotions, DApp promotions or any other on-chain event — crypto lacks a way to tap into one of the most powerful growth driving tools, affiliate marketing.

The blockchain space needs to undertake a fundamental shift to successfully transition affiliate marketing from Web2 to Web3. A referral network for the Web3 space, a trustless referral layer for the entire blockchain ecosystem, would have the following features:

Redefining the affiliate marketing space is just one of many challenges we’re currently facing to bridge the gap between Web2 and Web3. Further incentivising referrals through a faster and more secure process for both promoters and purchasers would go a long way to drive growth and secure liquidity for blockchain and crypto projects and protocols.

How to Find What WordPress Theme a Website is Using (FAST!)

My New Stream Of Income Is Selling Hats On Etsy

How Much Money is an Email List REALLY Worth? Here’s the Calculations You Need…